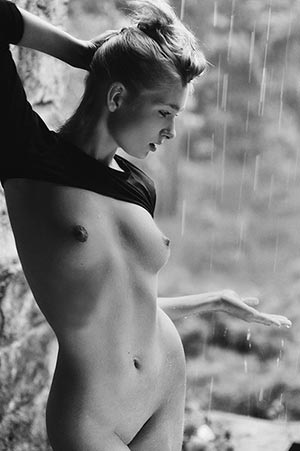 Only speak english. I'm a social person who loves the outdoors but can be equally happy relaxing at home wit. I can get kinky and always open to new ideas! I am a fun, beautiful women. Beautiful smile, ready to make your day!

Im a bigger girl, but im sweet as sugar and I have a great sense of humor. Im hoping to meet somebody nice and funn.

He can live anywhere, he is not tied to the mother of his children or schools or a specific area.

Next date kiss her, try to hold her hand etc. If your friendzoned youll figure it out pretty fast

She said when she finds a place

Okay, anywho..my ex boyfriend, I love him blah blah and all that good stuff. Well, it's been over a month that he broke up with me and he tells me he loves me and he's a sweety and stuff, but THEN....he'll totally change. Like, at school (he's a senior, i'm a junior), he can be the biggest prick. What's up with that? He got in trouble today for not doing his work..and pretty much being a class clown type...he can usually talk his way out of trouble and he wasn't able to today...anyway, and afterschool I went up to him and I asked him...really sweet...hey, what happen? He like...went all freaking psycho on me. His extact words were..."Get...the **** away from me." I was like...oh..k. I just looked at him freaked out and kinda hurt and walked away. Anywho, but when his other friends come out....mindy, adrian, and andrew, he is all talking to them and blah blah. That really hurt. One moment he tells me that I'll always have him and he loves me and I'm the only one who really understands him BLAH BLAH and then I get THAT side of him. I'm so frustrated and I hate ie because I cannot be mad at him. I love him and he can make me so mad, but then he can get a smile out of me within seconds. I think he's taken advantage of it and it's not fair. I need help! I don't want to give him the cold shoulder, but I want to be able to at least pretend to be mad at him so he won't act like such a jerk at times. And well...we were really close as a couple...we still are, but anywho...so his friends kinda turned into my friends and I trust them to like...inform me on certain things. So I talked to Adrian...because that's the guy hes been mostly hanging out with since we broke up..him and andrew...and they say he hasn't told them anything about us. I know he wouldn't lie to me about that because he knows how much I care...and he thinks that if he tells me, he's gonna get something out of it. He's not...but he hopes. Anyway...my ex hasn't talked about his feelings for me at all or what he plans to do. Whether get back together or not. Etc. To anyone. Does he not care? Why is he such a closed book? Is there anyway I can slowly get him to open up to me? Advice, please! At first he was worse so I stopped making the effort to talk to him and be around him so he would come to me and it's been working so far. He'll actually talk to me and stuff and show more body language and try to make me laugh, etc. But...I wanna know if I can take it a step further. i really care and I don't want to move on to someone else because it hurts too much to go through this again especially at the age of 16. Sometimes he makes me feel like the past two years were like such lies and totally worthless and that really hurts. Advice, please. Thanks